His iron hand once kept the warring vampire clans of decadent 1920s New York from one another’s throats. But now, outcast from his own kind, Dorian Black haunts the back alleys of the city alone…. Until the night he meets reporter Gwen Murphy and feels something stir within him for the first time in centuries.

Gwen has stumbled upon the story of a lifetime–a mysterious cult of blood drinkers–and she’ll do anything to uncover the truth and make her mark…despite the danger. Unaware of Dorian’s involvement and sensing his loneliness, she offers him kindness and friendship–and eventually, her heart.

But in order to protect Gwen, Dorian will soon be forced to do the unthinkable….

In the second Roaring Twenties novel, newspaper reporter Gwen Murphy is investigating the mysterious death of three men at the New York City docks. A strange man saves her from nearly drowning and takes her home with him. She thinks he’s a vagrant since he’s a little dirty and living at the waterfront in an abandoned warehouse, but he’s different from most homeless men she’s met.
Former mob enforcer Dorian Black survived the gunfight in the previous book and has been living in self-imposed isolation for a few months. He’s severed all ties with the vampires in the city and suffers from bouts of uncontrollable madness for a few days of each month. After he saves Gwen, he tries to push her away, fearing he could hurt her, but she’s tenacious in wanting to help him.
I absolutely loved this story.
Gwen and Dorian have a strong connection despite their blood bond. She’s strong-willed, open-minded, and giving to a fault. She works in a male-dominated profession and is determined to be seen as an equal, and she goes about it with sophistication and intelligence.
Dorian is protective over his few loved ones, but he’s wracked with guilt. He’d blindly followed and obeyed Raoul, his patron and the vampire who’d converted him, for decades and each act of violence chipped away at his soul. Gwen shouldered his pain and hopelessness, and gave him something to fight for.
Their friendship bloomed quickly. Though they desired one another, neither really acted on it. I mean, the first and only sex scene is in the Epilogue, but waiting for this union made sense because he needed to work through his problems first and they needed the extra time to really understand one another. Despite the lack of actual sex scenes, there was a lot of sexual tension and I could really feel their growing love and acceptance for one another.
There weren’t as many secondary characters/side plots in this story as there were in the previous book, which made this story tighter and faster paced. Vampires, not werewolves and human gangs, were the primary focus.
One thing I just don’t understand after reading the first two books of this trilogy is why vampires need permission from older, more powerful vampires to create new vampires, called protégés. I understand too many vampires in one area would alert the humans and cause problems, but why must vampires earn the privilege to create protégés when it’s a natural need for them to procreate?
Anyway, I really enjoyed this story.
4.5 Stars

This site uses Akismet to reduce spam. Learn how your comment data is processed. 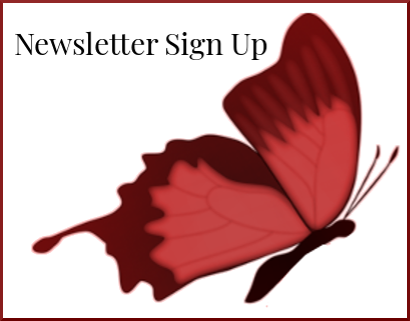 For all posts created before September 2020, please go here: Blogger

Subscribe to Amber Daulton's blog by Email
Amber Daulton is a participant in the Amazon Services LLC Associates Program, an affiliate advertising program designed to provide a means for sites to earn advertising fees by advertising and linking to amazon.com.